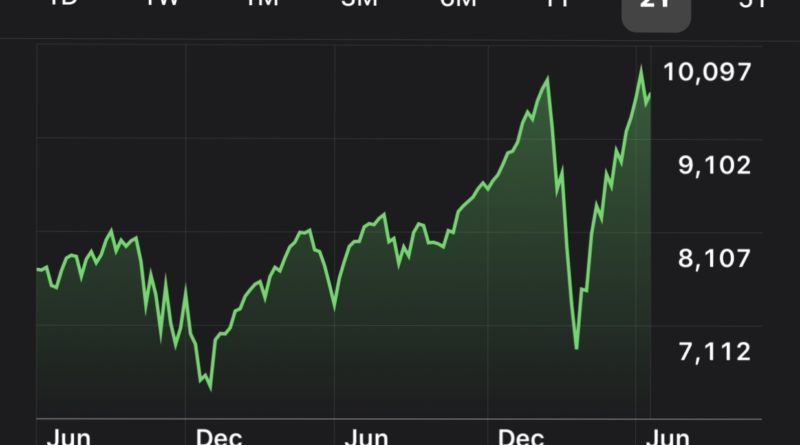 Investors brush off a ‘planned recession’ and look to the other side of the valley.

The stock market is a leading indicator. It is now where it thinks the economy will soon be.  We are working our way toward normal. For example, in the hard hit area of NYC, Manhattan traffic and crowds have not yet returned to the level I’m accustomed, but it’s closer to normal than the deserted post-apocalyptic appearance that the traffic cam at Park Avenue and 57th Street revealed in early April.

I wrote my insight of the market freefall as it began in late February/early March. You may recall my comments for people with a well-diversified portfolio most likely did not need to do much. For investors who had not structured their portfolio to withstand such volatility would miss the recovery if they bailed out after prices had fallen.

I did not, nor did anyone else expect a recovery this fast. The CBO predicted that it would be a decade before markets recovered. Yet, here we are. The Nasdaq has not only recovered but hit an all-time high surpassing 10,000 for the first time ever. The S&P 500 is above pre-virus numbers and the Dow 30 index is within striking distance.

There just doesn’t seem to be much disruption in demand. This demand creates jobs which creates more demand. Major electronics retailer Best Buy (BBY) announced that they will end appointment only shopping and recall 9000 furloughed workers, for instance. The consumer discretionary sector does best during good economic times. Best Buy expects good economic times to continue.

May’s jobs report surprised. Paul Krugman, a reporter at the New York Times was so surprised that he floated the idea the President had pressured the Bureau of Labor Statistics to create a false report. After outrage from the BLS over the false claim, he later apologized for his statement.

The 2008 market downturn was caused by financial issues in the economy and the market that needed to be worked through. Bad debt, over-heated housing market, mispriced risk in mortgage based bonds and some shenanigans in questionable securities collided to cause a monumental disruption.

In 2020 none of that exists. There is nothing to be sorted out. People want to spend money and pushing to be able to do so. Airlines and restaurants are still restricted, but other parts of the economy are returning quickly. The condition of the past few months has been artificial and has resulted in a throttling of the economy that is quickly being cast aside.

In the past few days the markets have reacted negatively to the possibility of a second wave of SARS-CoV-2. But, has started heading back up today. I don’t really have any problem with this type volatility. It’s just part of the current landscape. We are in a better position because we’ve learned how to deal with the virus. For example, a governor should not require that nursing homes should accept senior citizens with coronavirus. These facilities are ill-equipped to handle such a serious disease and the requirement created hot-spots of the pandemic. Today’s Wall Street Journal article covers why the New York response made the pandemic worse.

Where we are now

The probability of another government mandated shut down with a shelter-in-place or stay-at-home order for healthy people most likely would not happen. Governors and mayors lost all credibility required to have such orders followed when they did very little if anything to quell riots which by their nature do not follow social distancing guidelines. Some mayors facilitated riots by ordering officers to stand down. Seattle has even given up the Third Precinct to Antifa, the domestic terrorist group. That part of Seattle has been renamed CHAZ, Capitol Hill Autonomous Zone.

The protestors have a legitimate grievance that needs to be dealt with. George Floyd’s death was horrific. But rioters have pushed the protestors from the public square ad silenced their voices.

The Fed has flooded the economy with stimulus money to help fend off prolonged problems of this voluntary halt of the economy. They reiterated in the past few days that they will continue to do so for years if needed. Low interest rates will impact bond holdings. As rates go down bond prices go up. As a result of Fed stimulus, you’ll need to plan for future inflation. Adding money to the economy theoretically will spark inflation which will trigger higher interest rates. But that’s a topic for a different day.

What is to be done

If the Feb/Mar selloff and the May/Jun recovery was a little too much for your comfort zone, you may want to reallocate your portfolio as prices recover. A higher bond to stock mix historically has had ups and downs of a lower amplitude. But over time have not had as good total return as a portfolio over weighted with stocks. We’ve all heard the saying about not putting all your eggs in one basket. Just remember that asset allocation is more than a collection of different securities.  It is important that all your eggs and baskets work well with each other.

I hope that you did not sell at the bottom and missed the recovery. Make sure that your allocation fits your risk tolerance and time horizon. 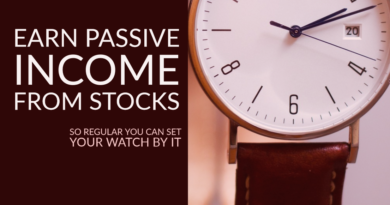 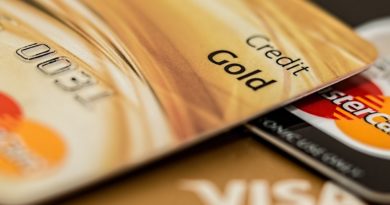 How to Negotiate Bills in the Age of COVID 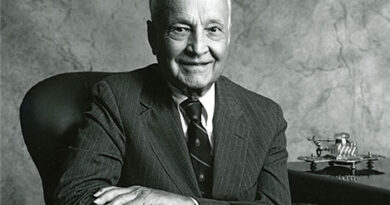 The Four Most Dangerous Words in Investing