I like the consistency of these three funds. Especially for new investors. Each has a history consistent success.

The opportunities to participate in the U.S. economy through stock investing have become so easy that it’s hard to remember a time when it wasn’t. From 401(K)s to online brokerage accounts on a phone app to traditional brokerage accounts with a wirehouse, there are more doors open to new investors than ever before. The due diligence and responsibility has not changed. In a sea of intel overload and shiny distractions, managing your portfolio can seem intimidating to a novice investor.

The best path is to first build a solid foundation; both knowledge and investments. In this blog post I want to focus on three mutual funds that are good for novice investors. Whether you are just starting or have other investments these three are a good place to begin or a good addition to what you are already doing.

Before we get into the three funds, though, lets first talk about why. There has been more wealth built through Asset Allocation and “buy and hold” than market timing or day trading of one or two stocks. Mutual funds bring diversification to the table by their very nature and professional money managers understand the value of buy and hold. They do not approach investing like it’s a roulette wheel. No one can pick the top winner with efficiency. Maybe sometimes you can hit a lucky guess. But, you will improve your odds of success by having a several companies in the mix.

I talked with a young man recently who had bought a couple of online courses on how to beat the market with, I guess it would be called, quick strike trades of one target stock. From what he learned in the courses, his average hold time of a stock was not years, but anywhere from 15 seconds to 20 minutes during the first half hour of each trading day. He was led to believe that he would be able to average a 300% return annually and he and his wife could quit their jobs.

I can tell you this, Harry Markowitz won the Nobel Prize in Economics for his work on Asset Allocation and managing risk in long term investing. And no one has won any widely recognized award for day trading. Even when the online course tells you that you can beat the thousands of Harvard educated and well experienced money managers simply by working harder and being smarter, I would not bet on that. I’ve been in the industry and know how smart financial professionals are and how long and hard the workday is. Plus they have more resources than most people could ever imagine.

Mutual funds bring the diversification that novice investors need. If you want to take your Las Vegas money and play the market instead of the casinos, have fun! Just keep it separate from your investing account. But, trust me, for your gambling money you’ll enjoy Las Vegas much more.

I am a long time advocate of the Franklin Income Fund. As a practicing financial advisor and broker I was the top broker in the world investing clients’ money into this fund. And for good reason. A fund like this could be a foundation for almost anyone including most investment objectives. The fund’s objective is current income which can be easily reinvested to buy more shares. That gets you more dividends the next month and more shares and more dividends and so on. Since income is paid monthly, you will quickly see the compounding effect which, for most people, encourages them to invest even more which would move you to Financial Independence even faster.

If a person were to own just fund, this would be it. The fund’s portfolio, dividends and consistency create a well-rounded foundation of personal financial management. It is a balance between stocks and bonds. The fund has beat its benchmark and its category over the past ten years. But, the funds consistency of producing income monthly is its real beauty. This month the fund celebrates its 73rd year of continually paying a dividend. The current dividend yield is 4.66%.

Franklin was created by the Johnson family in 1947 and named for Founding Father, wise author and leading statesman Benjamin Franklin. The firm is now Franklin/Templeton Investments after joining with the investment advisory and mutual fund company founded by famed value investor John Templeton.

These returns earn the fund five stars from Morningstar in the 3, 5 and 10 year categories. It has been in the top quartile of all funds in its category for six of the past ten years, a notable accomplishment. Fidelity has  built a solid name over its 75 year history.

The Top 10 Holdings are familiar names that you may well do business with often. Owning a stake in the companies that you engage with now is an enjoyable way to participate in the American economy while building your own financial foundation. By owning shares of this fund you indirectly own shares of the portfolio stocks. As a shareholder of the fund you will be eligible to vote on issues presented to the fund. The fund in turn votes on shareholder issues in the underlying companies like these.

A few words on risk

Before I continue about the third fund, I want to address risk. Theoretically, risk is that an investment could become worthless and all invested money is gone. That’s the harsh reality. A mutual fund owning more than one stock spreads your risk and reduces the probability that all holding would suffer a bad fate all on the same day. Spreading out risk is a step in the right direction. The most probable risk that mutual fund investors will face is time horizon risk, the investment will be on the downside of the cycle when you need the money forcing you to sell the asset at a lower price.

This is less of an issue for people who have longer time horizons before they need to sell the investment to generate income.  They have more time for the investment cycle to work itself out in their favor. Mid-Cap or medium capital size companies are prone to both higher and deeper cycles than the previous two mutual fund strategies. Incorporate this intel into your strategy should you buy a Mid-Cap fund.

Massachusetts Financial Services launched the first ever mutual fund in the United States in 1924. They have built a well-respected investment firm ever since. The MFS Mid-Cap Growth Fund has enjoyed very attractive results over the past decade stomping the competitors in its category by a wide margin and beating the benchmark index. An investment of $10,000 in 2011 would have been worth $46,775 on August 10, 2021, its benchmark $45,695 and the average of its category $38,985.

For the three, five and ten year periods Morningstar has consistently scored the funds risk as Low compared to other similar funds and its return Above Average, an excellent combination.

Each investor must determine for themselves which mutual funds are appropriate for them. From my point of view, these three seem worthy of review. Of course, risk tolerance, time horizon, suitability and other factors must be considered. Read the prospectus and talk it over with a trusted advisor or someone knowledgeable of your situation.

Thanks for reading my blog post. Send me a message of what you think about these three funds. Your input helps me better help readers.

Why You Need Asset Allocation 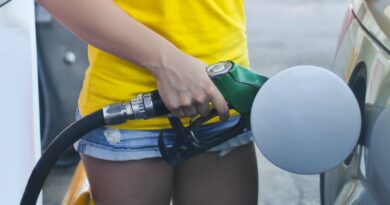